We put up fence a few months ago around our chicken area, but I realized I never actually mentioned it on the blog.  It was quite a project, and therefore deserves a quick mention!

First we dug an 8 - 10 inch trench where the fence would be placed.  Wooden fence posts were buried in the trench using metal fence spikes.

Heavy duty 7 foot high fence was  secured to the posts. 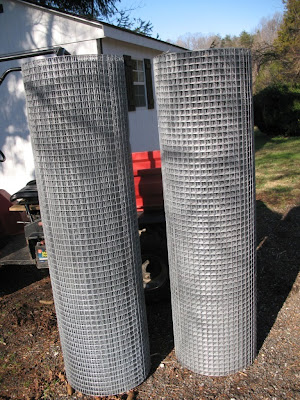 Steel rebar was buried in the trench to keep animals from digging under the fence. 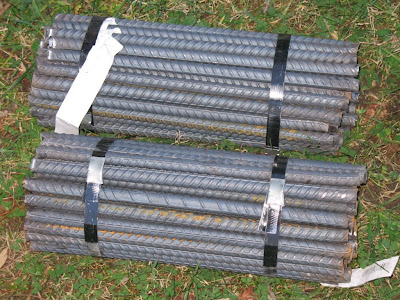 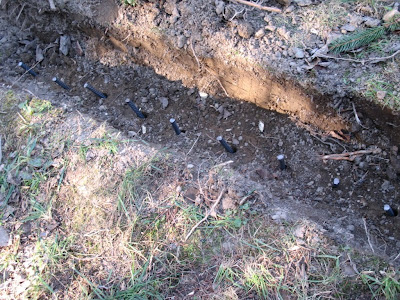 Wire was secured to the back of the chicken coop to keep animals from going under the coop to enter the fenced in area.  Rebar was also buried in this trench we dug behind the coop. 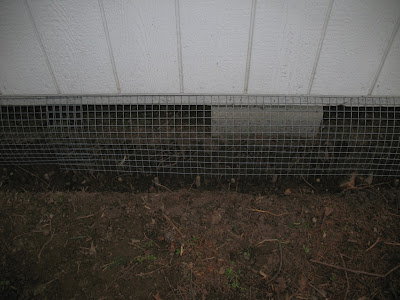 Then concrete was poured into the trench under the fence, covering the rebar.  The fence wire was buried in the concrete. 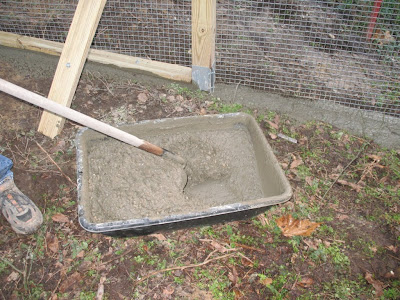 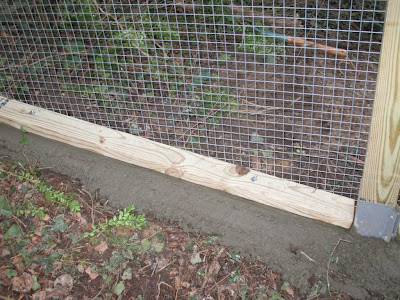 No animals will be digging under this fence!

Next up we need to put the ceiling on the chicken run.  The weather has gotten so cold, which has put this project on hold for a few months.  In the meantime, we've been letting the chickens into the fenced area, but only when we are home.  We know we have hawks and owls everywhere (just yesterday a barred owl was in our backyard sitting on a fencepost), and we know they wont hesitate to steal one of our little chickens for their dinner.  Our little pullets and cockerels and guineas are only a little over 2 months old now, they still are not full-size, although we do have one adult hen.

We'll keep you posted as we complete this project...

Wonderful job, with the top, nothing will get those ladies.

That is a serious fence you put up. It looks nice.

With fencing, rebar and concrete, your girlies are in maximum security! No animal is ever going to get your girls. Great job! Here we have hawks and big ugly vultures. Man, those vultures are huge!