For a while this summer Jerry the stray cat stopped coming to eat at our house.  We wondered if he was still alive.  But now he's back about three times a week for breakfast!  Possibly someone else was feeding him and now they stopped, who knows.  He hangs out in the housing community about a mile away from us.  We see him walking down our dirt drive to the houses, so we figured he secretly had another home that also gave him handouts.  Otherwise he would be here more often.  The other outside cats live here, outside our house. 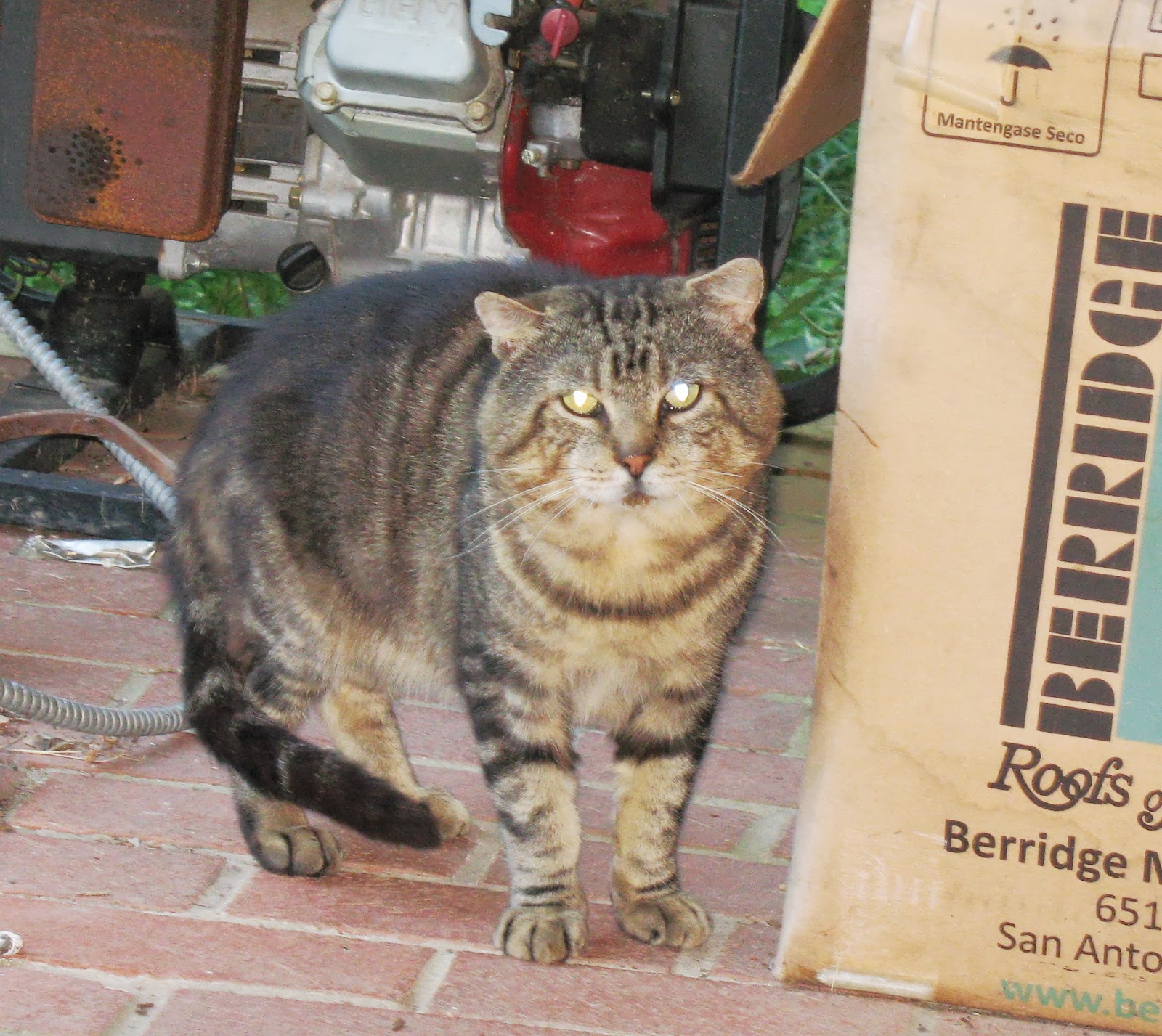 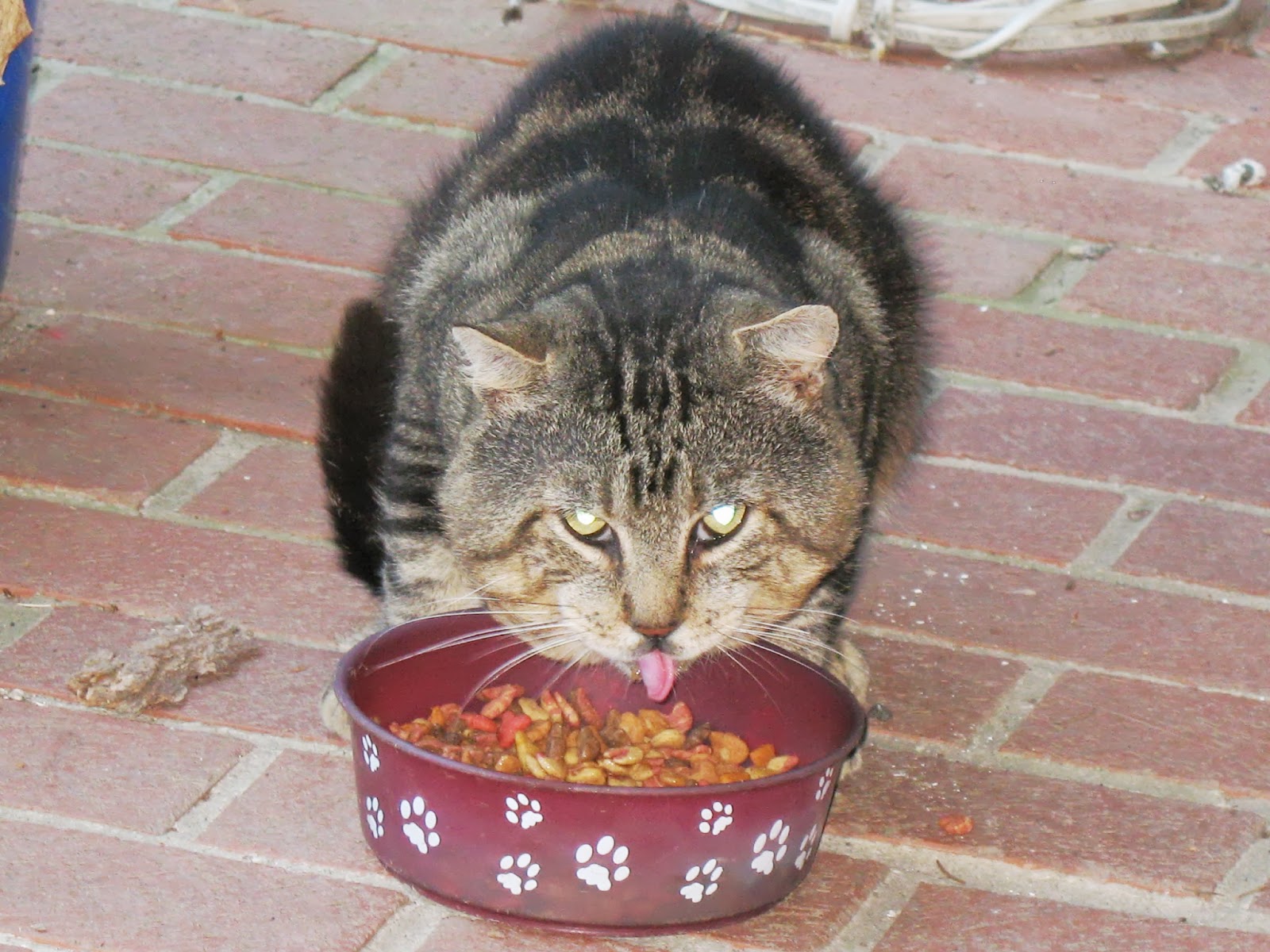 While I was feeding the outside cats this morning, the guineas attempted to steal the cats' food.  They always steal the catfood unless I sit out on the porch guarding the bowls.  Here Casper, the while male guinea, is leading a sneak attack around the pillar.  Casper has 2 wives who he was trying to impress, plus the rest of the flock was tagging along. 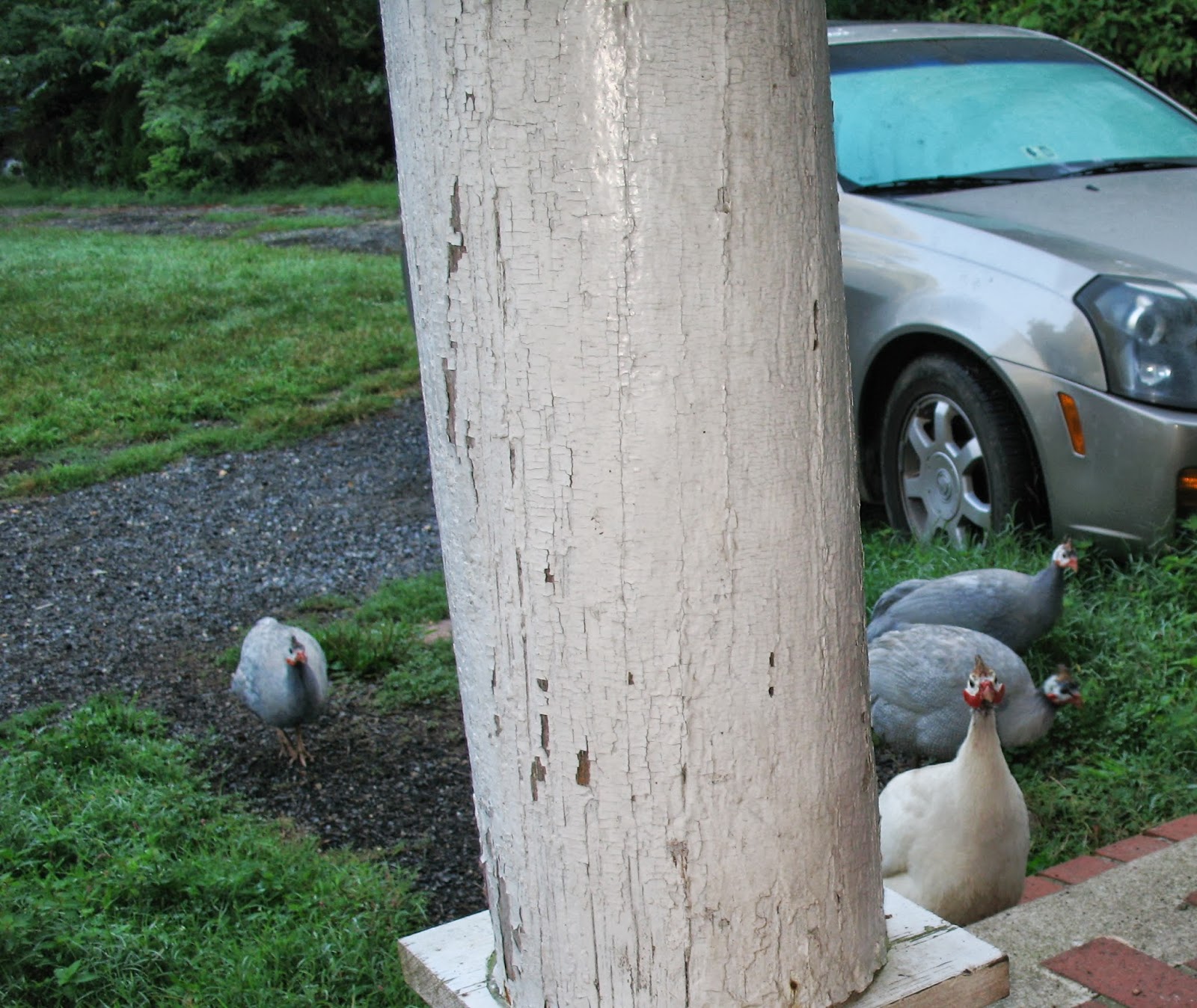 I had to chase the guineas away so the cats could eat in peace. 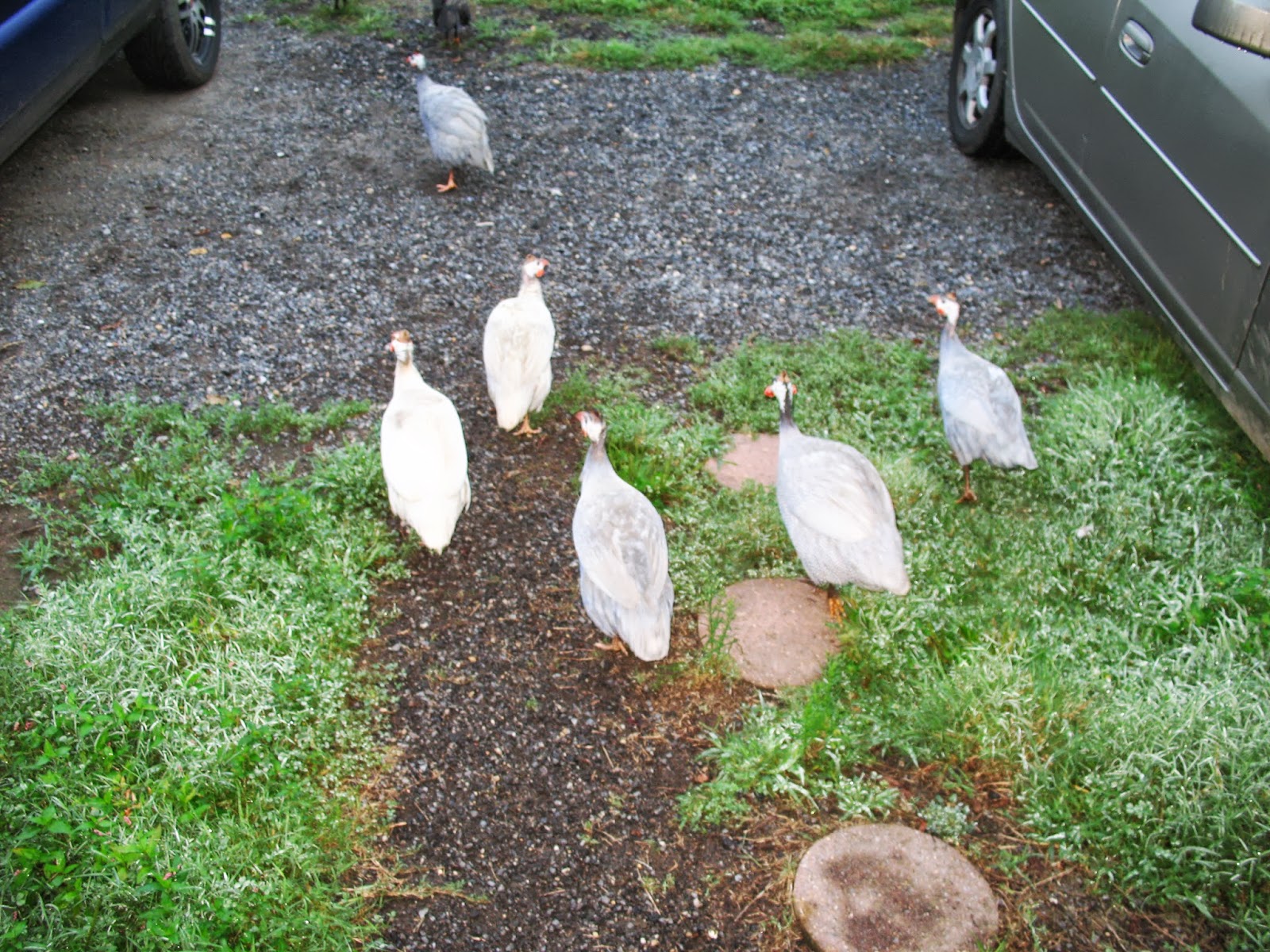 I am glad Jerry is back, he doesn't look like he has missed many meals. Did you ever read that kids book called Six Dinner Sid? I bet Jerry is a six dinner Sid kind of cat.
He looks pretty healthy.
Your guineas always crack me up. It is always nice to see an update at your farm. I am getting a new chicken coop soon. I am pretty excited.

Jerry is one cute cat!!! Glad that he has you to give him food.

Guniea are such watchdogs.
Awe Jerry I am singing you that song from the broadway play CATS " all alone in the moonlight " you know that one .

You must have been so relieved to see Jerry! So funny about the guineas. Ours are about 6 weeks old. They are such a hoot.

I'm sure you were happy to see Jerry back again. By the looks of him he doesn't go hungry! Hope he hangs around so you don't worry.

Yay Jerry! He's such a cutie. And love those guineas!