Chicken with a broken neck? 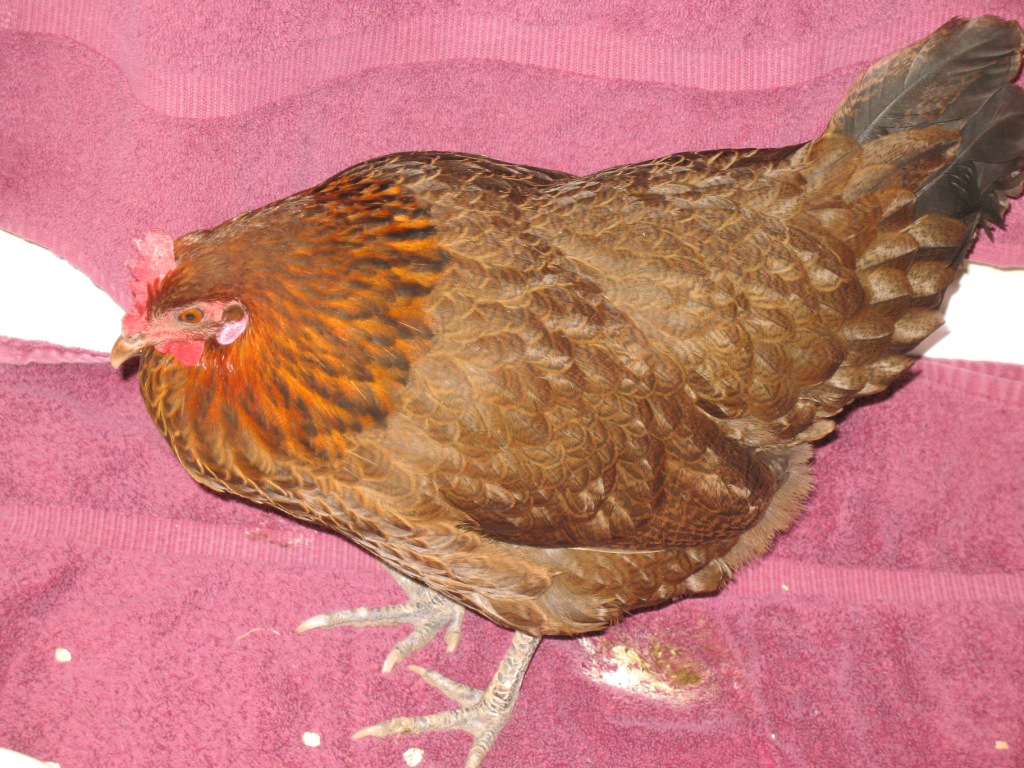 Last night Cinnamon the hen wanted to sleep in the nest box.  But she's not broody.  She seemed to want to be warm and separate from the other birds, so I let her be.  This morning I noticed that she was standing off by herself in the pen and was listless.  I brought her inside and inspected her.  I think she has a broken neck!!!!

Her neck has a kink in it that didn't use to be there!  In the photo above she has her head and neck all down low so you can't see it.  She doesn't have much appetite, but she has eaten some canned cat food (seafood flavor).  Then after eating it appeared the food got stuck in her neck, didn't make it to her crop.  She straightened her head and neck and wiggled the neck and it has a huge kink that she wiggles around.  It's quite strange.  She's not dead, but appears to have a broken neck.

I massaged the neck, which she disliked.  I can feel a kink.  She will not drink, so I put her head down to a bowl of water and she threw up a little when I lowered her head.  Not doing that again.  Now I put droplets of water on her beak and she swallows it.  She's still eating, although not much.  We'll see how much longer she lives.  I'm giving her aspirin water and food and keeping her inside so the roosters don't try to take advantage of her.

Whatever you do, don't google image  chicken with a broken neck.  I got all sorts of photos about how to break a chicken's neck.

Many of my hens are getting old, so I expect to lose many of them in 2013, but I didn't expect them to be injured and die.  Such is life with chickens, I guess.  The rest of them appear to be doing well, other than Cinnamon.

Merry Christmas to you all.

One has to wonder how things like this can happen? What the heck goes on in the yard while we aren't watching?

Chai Chai, CrankyPuppy - I know!!! What is going on when we aren't watching? Too funny!